Read: "Sahib: The British Soldier in India" by Richard Holmes. A excellent history of the British military in India from Clive to about 1914. It covers all aspects; such as weapons, tactics, social, political, economic, and free time of these soldiers. Highly Recommended.

"Wolves of the North" by Harry Sidebottom. The 5th book in the author's Warrior of Rome Series. The hero is sent on a diplomatic mission to the Germanic Heruli in the Steppes of the Ukraine by the Roman Emperor. The Heruli and Goths have been carrying out large raids into the Empire and the mission is to divide and conquer. Some Heruli are in GMT's Game, Cataphract, which is a great game. Very Good and Recommended.

"Mr. Churchill's Secretary" by Susan Elia MacNeal. A suspense/mystery novel on a plot against the English and Churchill in 1940. Very Good and Recommended.

"The Death Relic" by Chris Kuzneski. A mystery on the Spanish conquest of the Maya and Aztecs where Mexican Drug Lords and the CIA are in competition. Very Good and Recommended.

"Echo Burning" by Lee Child. A suspense/mystery novel on Jack Reacher in Pecos, Texas. Reacher finds himself in the middle of "something" he would have rather passed on and in a heat wave of 110+. Outstanding and Highly Recommended.

Read: "61 Hours" by Lee Child.  Jack Reacher arrives by bus accident into a icebox where a old military facility, closed for decades, is tied to a Mexican Drug lord. The countdown begins: 61 Hours and counting. Very Good and Recommended.

"Die Trying" by Lee Child. Another Jack Reacher Novel on the kidnapping of a FBI Agent to Montana with Jack along by bad luck. Very Good and Recommended.

"Starhawk" by Jack McDevitt. A SF novel on Patricia Hutchins, space pilot. This is a prequel to the author's series on his "Hutch" character. Very Good and Recommended.

"Phantom Prey" by John Sandford. A novel on Lucas Davenport, detective, in the wilds of Minnesota. A mysterious murder with "Goths" involved somehow. Very Good And Recommended.

"Storm Front" by John Sandford. A Virgil Flowers novel of a mysterious stone stolen in Israel, with the Mossad, Turks, Hezbollah,a Texan, etc. all looking for it in Minnesota. Tongue-in-cheek humor galore and suspense. Great Read and highly Recommended.

"Weird Space: The Devils Nebula" by Eric Brown. A SF novel on a expedition to the unknown space of the Devil's Nebula. Something is "waiting" for them and not so friendly. Outstanding and Highly Recommended.

Read: "The War of the Three Gods: Romans, Persians, and the Rise of Islam" by Peter Crawford. This is a military history of the early 7th century A.D. The Romans and Persians bleed themselves dry and then by default make way for the brutal Mohammedans to take over. Lots of maps to go along with the story which is very helpful and the reasons of victory or defeat of the three adversaries. Very Good and Recommended.

"Alamein" by Jon Latimer. An excellent coverage of this famous battle of the defeat of the Nazis in Egypt, late 1942. Highly Recommended. Currently enjoying Manzikert 1071: The Breaking of Byzantium. Reasonable read for a battle that was a brute force slugfest. 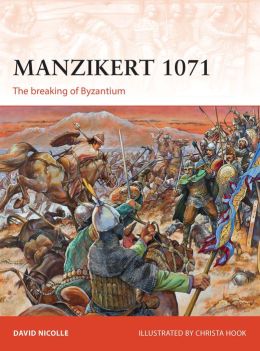 I am reading the Army of the German Empire 1870-88 by Albert Seaton.

I just finished the Osprey Campaign Series volumes on Kharkov 1942, and the zeppelin raids on London, 1914-1917. Read: "Hunting Shadows" by Charles Todd. An Inspector Ian Rutledge Scotland Yard Mystery. A Sniper is killing people and no apparent link between them. The possibility is a link to the Great War. It is 1920. Excellent story and Highly Recommended.

"White Fire" by Preston and Child. A new novel on the strange FBI Agent Pendergast. Up in the Colorado Rockies, at a elite ski resort, someone is murdering the Super Rich by fire. The mystery links to a Grizzly Bear attack 150 years ago and a lost Sherlock Holmes story. Very Good and Recommended.

"The Fall of Berlin 1945" by Anthony Beevor. A excellent telling of the final death of brutal Nazism by the equally brutal Marxists. A fitting demise. Recommended.

"The Opium Wars: The Addiction of One Empire and the Corruption of Another" by W. Travis Hanes III and Frank Sanello. This reads like a suspense novel. Couldn't put it down. This is the story of Britain's pushing of opium on Manchu China. The pros and cons for both sides are the same excuses used today with the drug addiction of the USA. Very Highly Recommended.

Permalink Reply by Don Cooper on February 12, 2014 at 6:53pm
Reading "Lincoln and His Admirals" which is strictly about the union naval strategy during The Civil War. The author, Craig Symonds, does not get too involved with intricate detail of battles but he doesn't dumb them down either. The book details the Union Navy, which at the beginning of the war could only muster several ships to relieve embattled Fort Sumter in an operation that was aborted after much delay, to a navy of hundreds of vessels of all types within several years. A good read about an often forgotten aspect of the war. Began reading it after soloing Iron and Oak and Rebel Raiders by GMT. I have just started on Robert Gates' older volume 'From the Shadows: The Ultimate Insider's Story of Five Presidents and How They Won the Cold War', it provides a good balance to Tim Weiner's 'Legacy of Ashes'.

On to my next read: Bosworth 1485: A Battlefield Rediscovered. I am just a few pages in and so far I am really impressed. 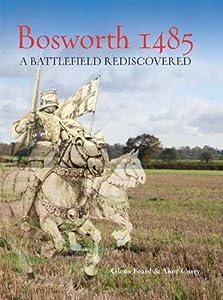 Manzikert was a worthwhile read for those interested in Byzantium. The author did a good job, and actually visited the site which is a plus with me.

John Kranz commented on John Kranz's blog post Moving to New Platform
"Most likely around end of month. Depends on how fast I can get the basic configuration work…"
4 hours ago

Joseph replied to John Kranz's discussion What are you playing?
"Not played it solitaire in a while but remember just OK."
6 hours ago

Christian A. Strasser replied to John Kranz's discussion What are you playing?
"I've been meaning to play a VitW game for some time, now.  How good is it solitaire?"
14 hours ago

Joseph replied to John Kranz's discussion What are you playing?
"Played:" Gotterdammerung: Fall of Berlin" by Moments In History. 2nd Edition. Played…"
yesterday

Joseph replied to Chuang Shyue Chou's discussion What are you reading?
"Read: "The Accidental President: Harry S. Truman and the Four Months that Changed the…"
Tuesday

I wanted to alert everyone that we are moving to a new social platform in the coming days/weeks.…See More
Monday
2 Comments