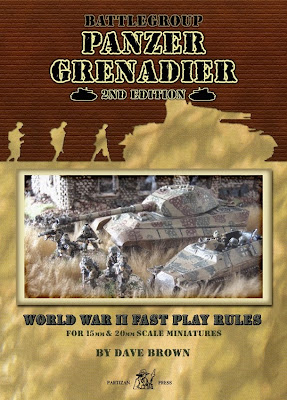 Game of Battle Group Panzer Grenadier played today at Mr P's with his (and Umpire Richards) lovely 20mm kit. Been a long time since I used 'the original' scale stuff and these very playable rules. Game was a scenario supplied by Richard pitting Germans against British in Normandy type setting 1944. British were biouvacked on table (overnight) in two groups (I think as dont have full knowledge of their set-up) with 25pdr off-table artillery and armour in support in roughly two Infantry companies strength. Germans had a reduced Company on board at start with incoming support of several Grenadier platoons, 120mm Mortars off-table and a Panzer Zug of 2 Panthers a PzIVH and a PzIIN. A Stug Zug with 3 StugIIIG and 2 Flak vehicles and a on-table battery of 2 81mm Mortars and a Pioneer Zug rounded out their force.
Mr P and myself took the Nazis whilst the brother Brittain (Stephen and John) commanded the Forces of His Majesty. Terrain was quite dense with lots of Bocage and buildings. Hun task was to take T-junction in town center and blow the bridge. British objective seems to have been to hold the town in particular the church (a most excellent terrain piece in fact) and adjacent buildings).
A very fun game ensued with lots of close range (due to terrain) encounters and artillery stonks. Hun plan was loosely for Mr P to advance on left to the bridge he having the Panther units and Engineers along with Grenadiers. I was to advance to his right but with a more holding role (we expected a counter-attack). This was even more loosely what happened except that we both got slowed by terrain and Brit artillery which suited my task ok but stymied Mr P's advance greatly. Brit armour support arrived in form of an M10 Troop a Squadron of Shermans (thankfully no Firefly) and a Squadron of tough Churchills. They had at least one 6 pdr (hidden in a built up area). My Stugs lived a charmed life for several turns with amazingly no losses (several supressions but each rallied) My Grenadiers suffered a tad more with a mortar stonk killing and Inexperienced/Green Platoon tout suite. Stugs did manage to damage one Churchill (very hard to kill) and a 2cm Flak killed the 6pdr.
On Mr P's side things were much bloodier with lots of dead grenadiers a damaged Panther a brewed PzIV and 75Pak and damaged Sherman. His attack faltered under heavy bombardment by the 25Pdr Regiment whilst the 120mms he commanded failed to do much damage being rather errant in accuracy rolls. I 'Tiffy' flight arrived at one point and attacked my Stug unit but failed to hit anything other than a Flak vehicle that dared to fire at them.
As time was called (after 10th move I think) John and myself were fairly stalemated on our area of operations and Mr P running out of steam and Grenadiers on his area against Stephen. British did attain their objectves at town edge. 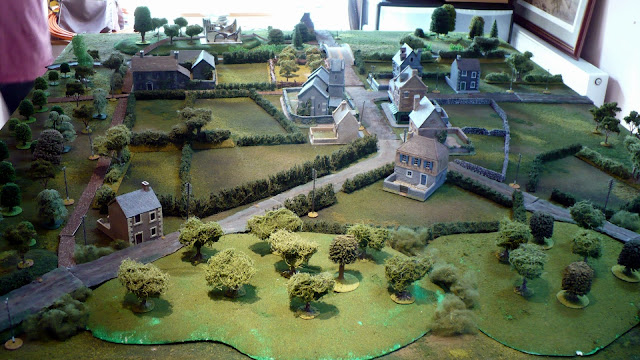 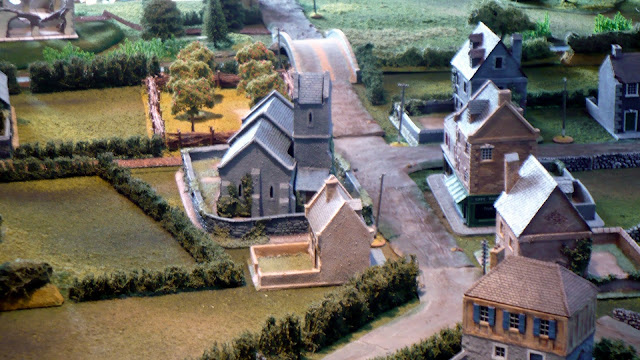 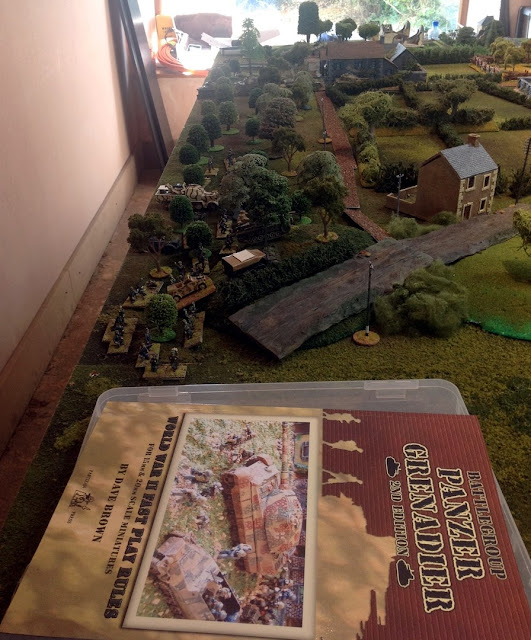 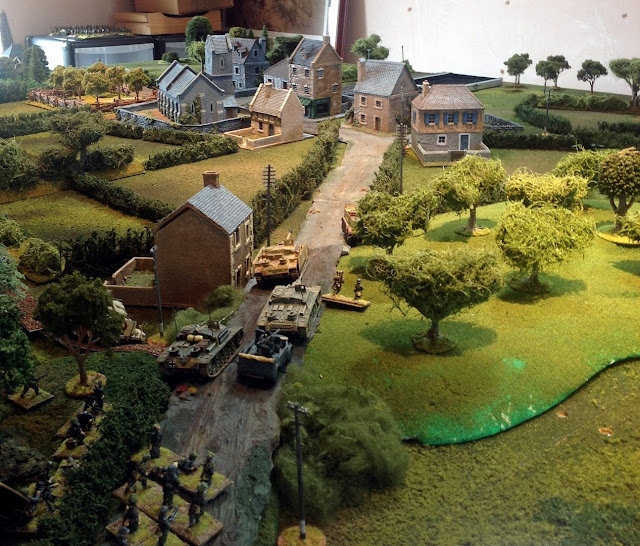 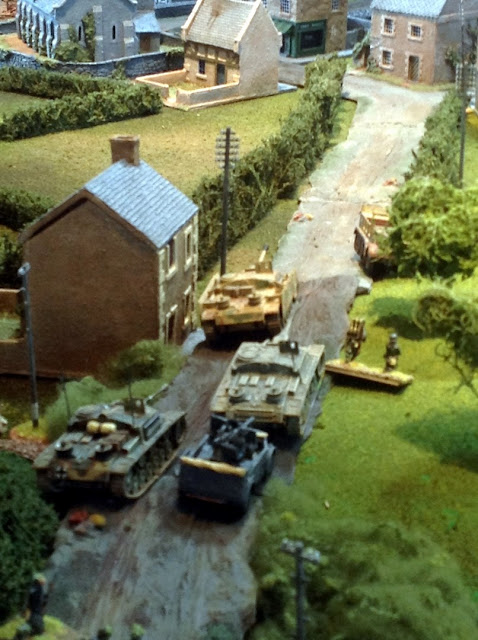 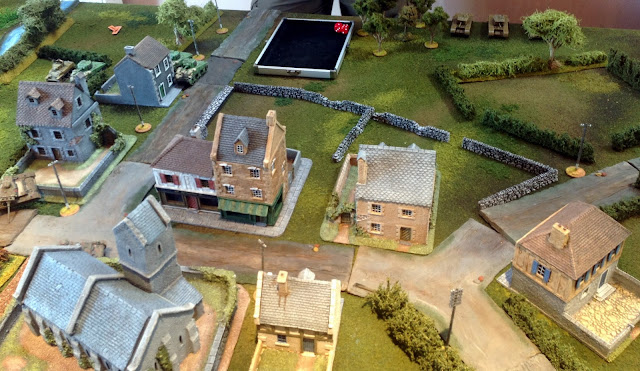 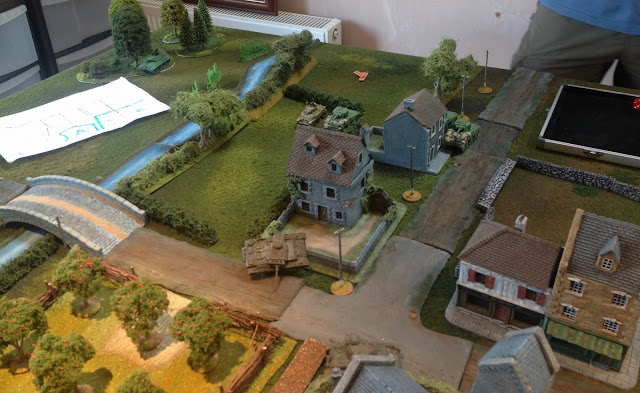 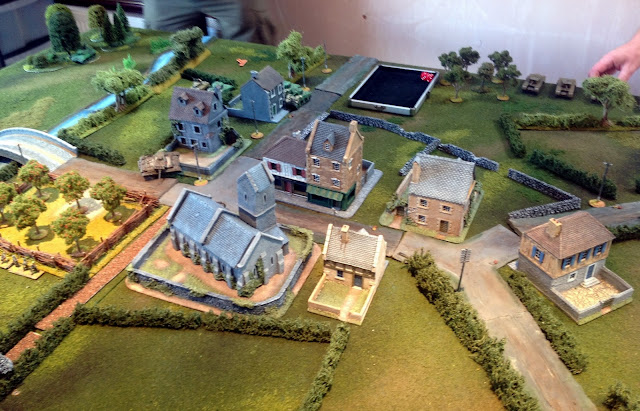 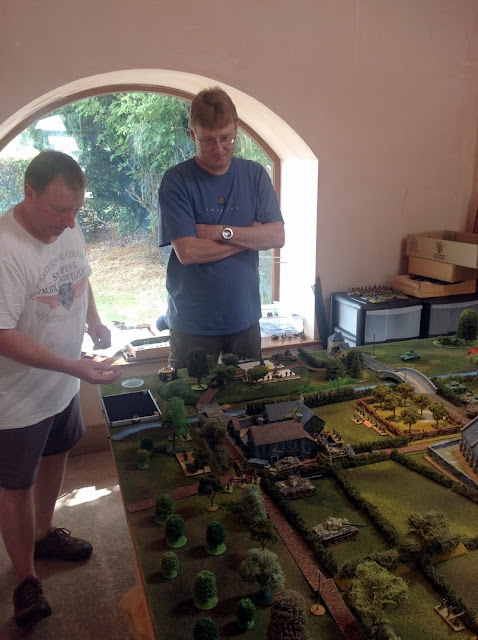 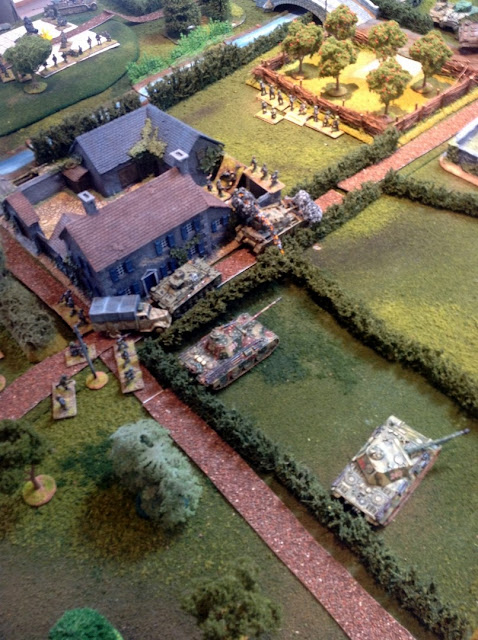 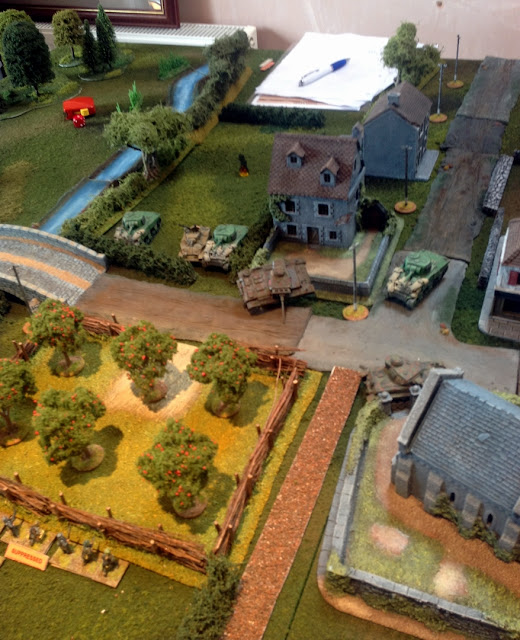 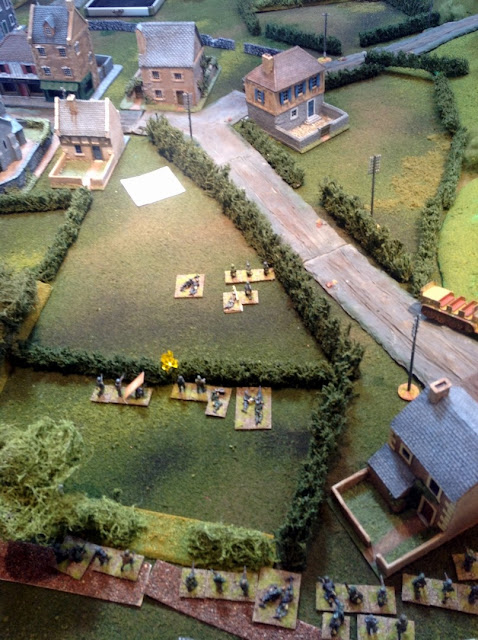 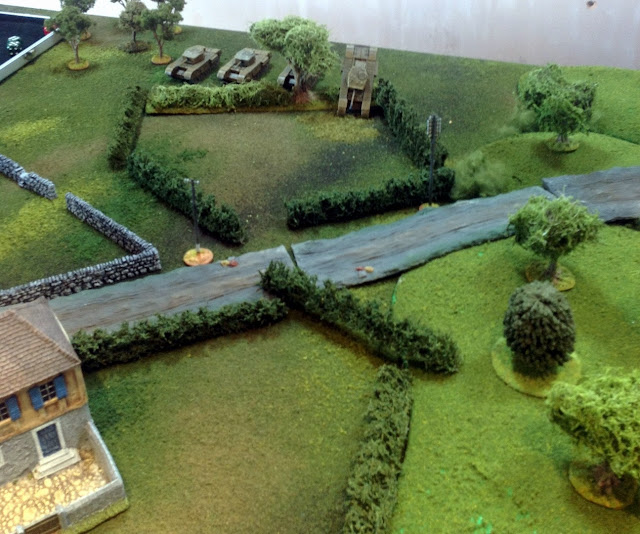 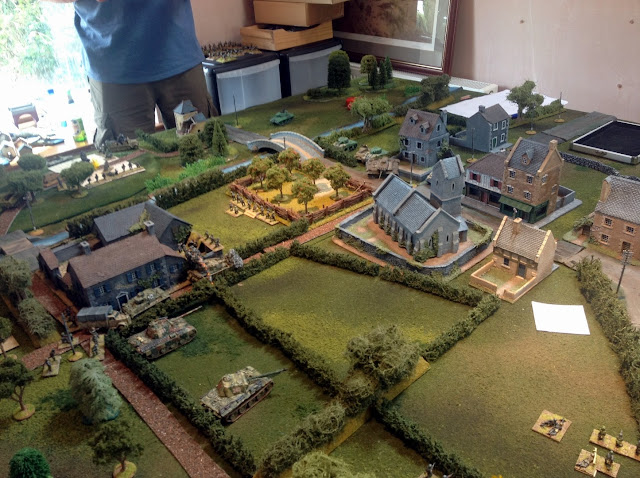 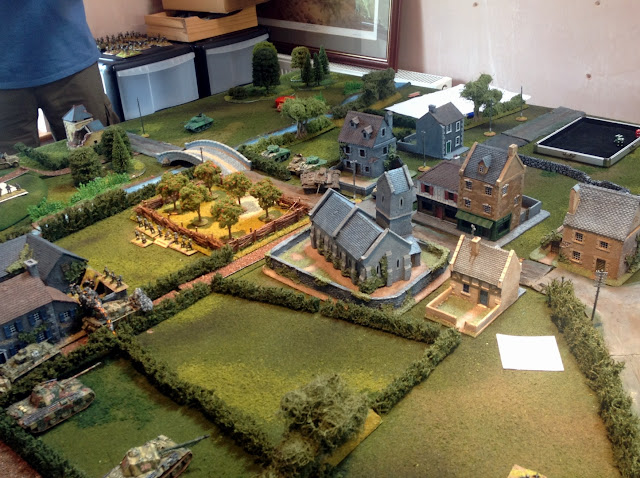 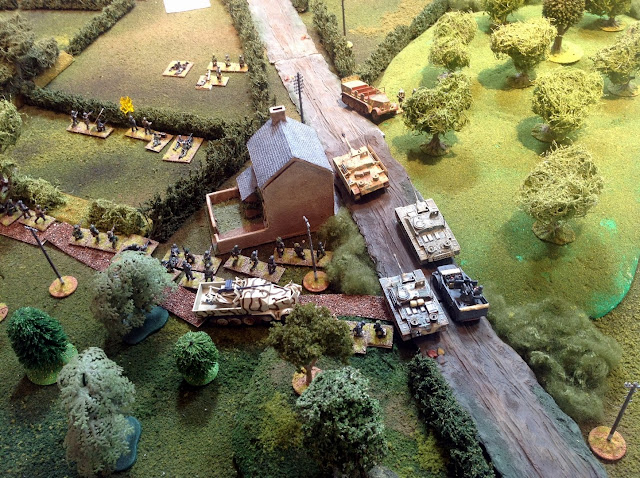 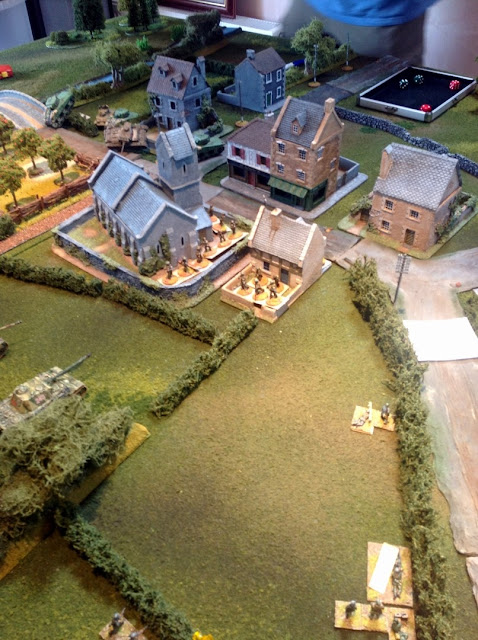 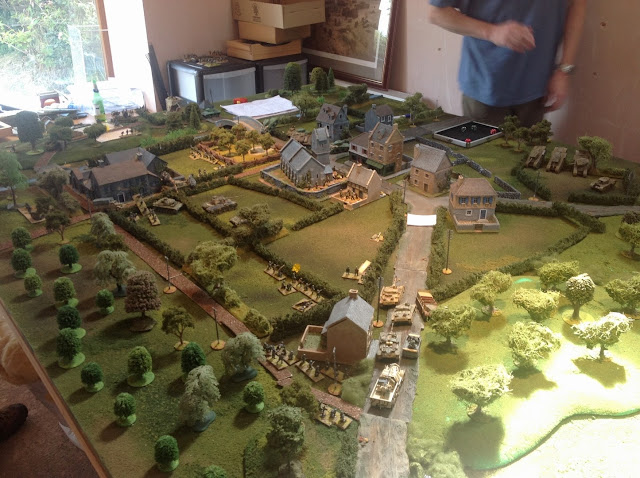 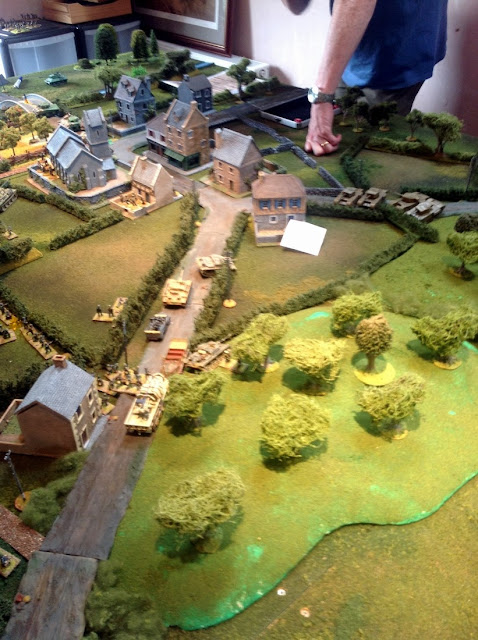 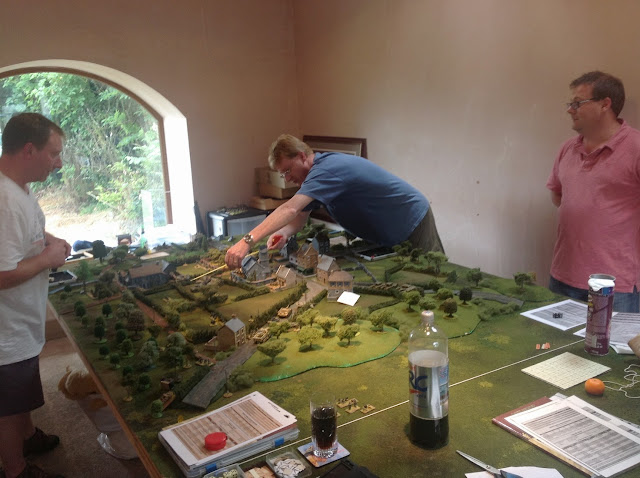 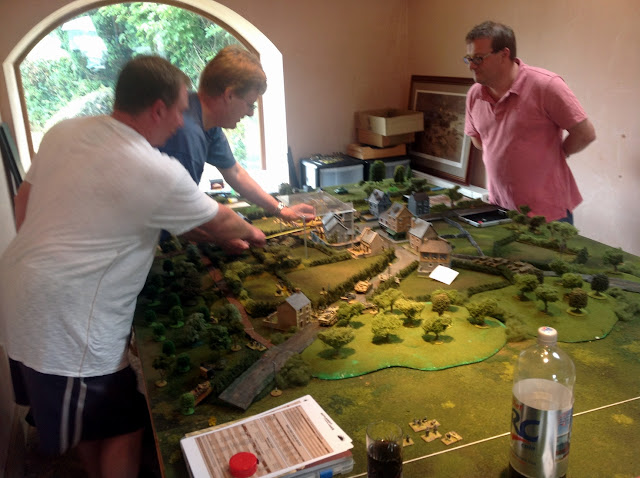 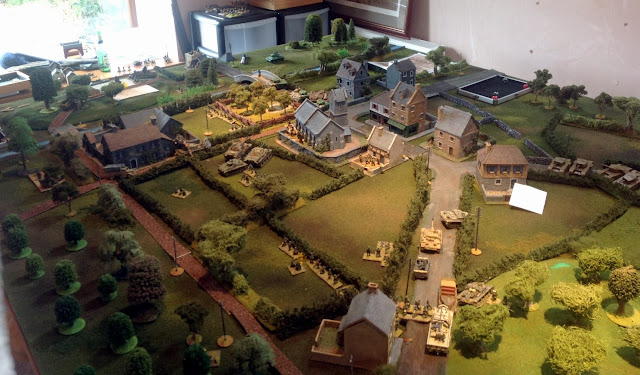 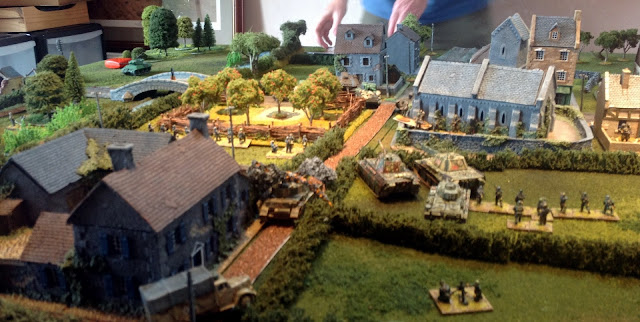 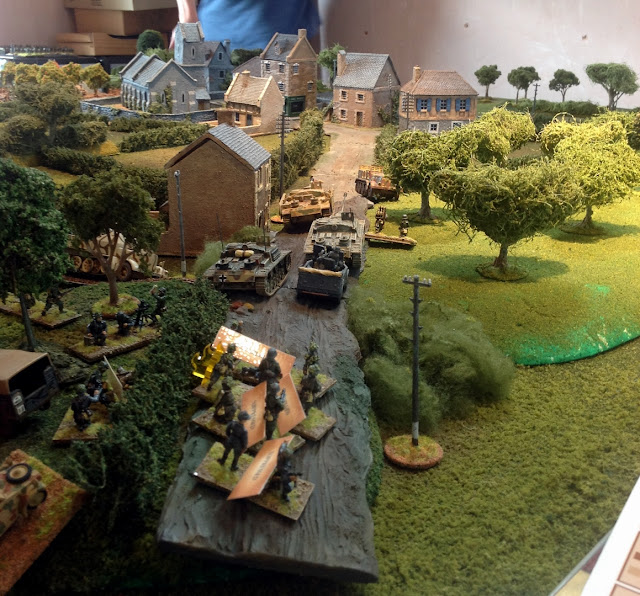 This is my tun-based game 'Second Front' for PC and Mc. It is showing tactical WW2 actions of…See More
Thursday
16 Comments