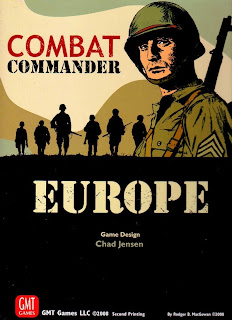 Had game with my Dad of this rather excellent game.
Despite my reluctance to get this one due to lack of Tanks, or indeed any vehicles, it turned out to be a really super game system (so much so I neglected to take any in game pics of the first scenario we played as simply too engrossed in it !).
It works very well around the low level (units are Squads, Teams and individual Leaders/Commanders) Infantry actions it portrays.
Of course being a card driven game (Fate cards as they are named) with associated chaos factor puts it right into my favourite type bracket.
Really interactive system with lots of possibilities for Orders and Actions for each player and lots of Random Events.
Like the venerable Up Front game this is also a dice-less game with the die-rolls occurring via card play (another aspect I thought less than desirable as I do love rolling those little cubes). The scenarios are all essentially low level skirmishes but none the less exciting games in themselves.
A random counter pick varies the potential Victory Points associated with the 5 possible Victory hexes on each map and these can be Open (ie revealed to both players) or Secret (ie only owner knows so nice variety for replays of the 12 included scenarios).
Counters and maps of usual decent GMT standard and the cards very clear and nicely presented with each nation (Russian, USA and Germans) having its own deck (each slightly different).
Each nationality also has variation in Troop types available and abilities of these units (in regards to firepower, morale , Leader quality and suchlike) and slightly different amounts of cards that they can Discard in a 'Pass' turn (ie take no Orders or Actions) all adding flavour to the game
We did make a couple of rule errors main one being doing fire groups incorrectly but didn't detract from enjoyment to be honest.
As I suspected it plays like a sort of hybrid of Up Front and 'basic' Squad Leader and has that essential fun factor married to a feeling of a decent simulation that both these engendered.
I was warned that I would like this game and end up getting several supplements and I can see why (Mediterranean set with Brits already on my radar).
Highly recommend this one especially if you like chaos style and/or WWII skirmish actions 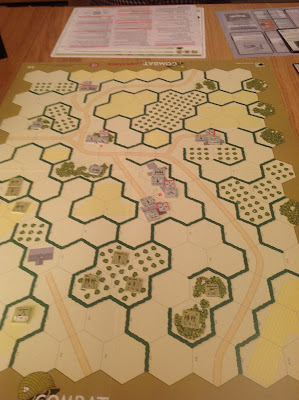 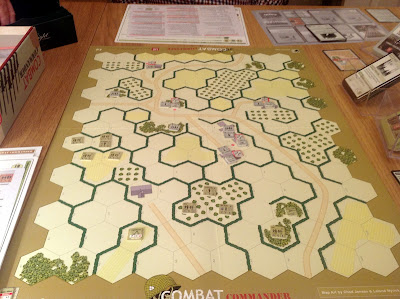 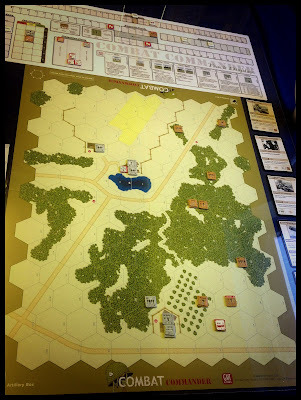 Comment by Dave Smith on December 29, 2012 at 10:32pm
I agree, this is a great game that I played quite a bit when it first appeared. Now that it has been a few years, it seems like it's time to get it on the table.