Another couple of scenarios played of this totally addictive and engrossing game with my Dad.
We decided to stick with the Stalingrad theatre.
Both scenarios proved very close run games.

First up was (I can never remember the scenario titles) a game set to the rear of the Barrikady Factory with my Ivans having to defend a key house (Dom 31) whilst awaiting a relief force. Couple of unique units in this one with an SMG and LMG Garrison counters set up with a Sgt in this house with two Bunkers (a two hex building) and the introduction of Sewer Movement (very Stalingradesque). This one looked a tough proposistion for the Fritzs as they do not have greater numbers and need to take several VP locations quickly to reduce the size of the relieving force (1 x Rifle group plus 1 x LMG per VP hex held). However the Germans did manage to take 1 hex of the Dom 31 major VP location before being erradicated (I was lucky with Ambush cards drawn). This one was scheduled for 12 Time Triggers ('turns' as such) and went right to that limit but with Ivans well ahead at that point in victory points acculumated. 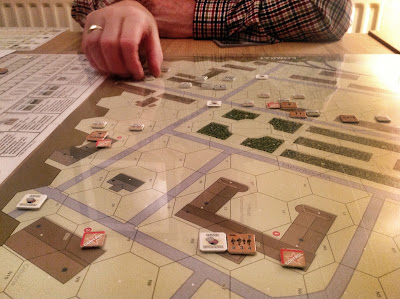 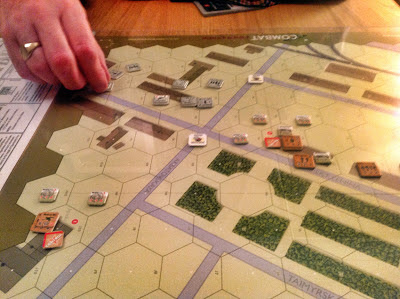 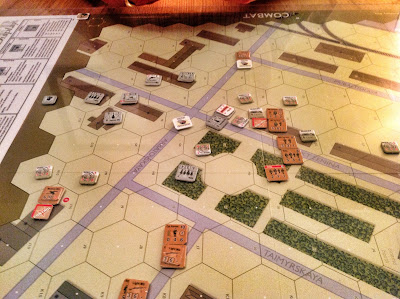 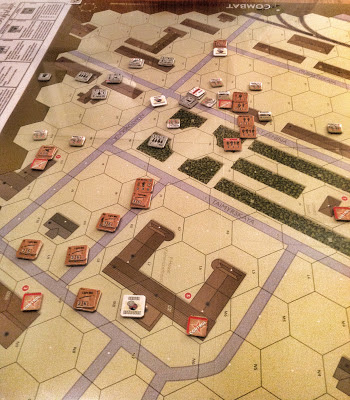 Second was a rather different proposistion as action moved outside the city to gullies near Volga banks. Map introduced hills into the system and centered around a Bridge hex at bottom of a fairly steep sided and gully with little else in the way of terrain except some scattered brush and a stream along gully bottom. Soviets set up a crew and a Howitzer in this hex a bunch of Infantry on slopes behind. The Germans set up at top of gully on opposite side with one of their nasty MG42 HMGs (capable of  shooting across whole map) and requisite Infantry. Besides introducing several LOS rules for hills (nothing difficult) the main effect of hills is a +1 for a height advantage and a -1 for a disadvantage to firing. With short ranged Soviets I decided to deploy on lower slopes in two groups and to rush the Germans as soon as possible. As expected the HMG made short work of my crew at the bridge and a Fritz leader and two units subsequently occupied this hex. However my best leader (a +2) was able to bring a mass of units eyeball to eyeball with them and first break them with massed fire and then (eventually as it took ages to get an Advance card especially as I lost one to random event !) Melee them to death. Other German units moved onto my slope threatening my vacated VP locations) but two lucky Infiltration events saw me bring two SMG squads into play to block this. Both sides lost a lot of units in the bare open terrain and on last turn we were both 1 unit from enforced surrender. It was at this point I managed to draw an advance card and an Ambush card and through a section onto the bridge to melee the German section and leader there which I had just managed to break with a high firepower attack. Whoever won the melee would kill opponent and force other side to surrender. So literally down to this one combat. Germans had a 0 factor but he had broken my unit with his own Ambush leaving me with starting 2 factors. He drew a 4 total I drew a 6 with my 2 making 8 and so killing the Huns and forcing their ignominious retreat from the gully !!
So first time we have had a double win in our encounters thus far and it was a close run thing too !! Great stuff once more. 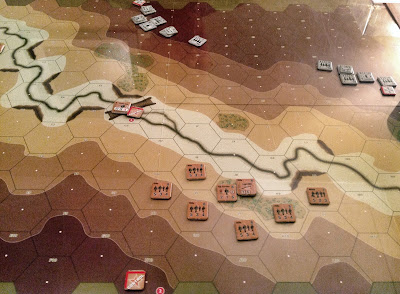 Surrounding the Fritzs who have captured the bridge 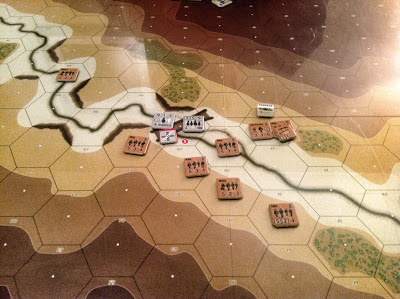 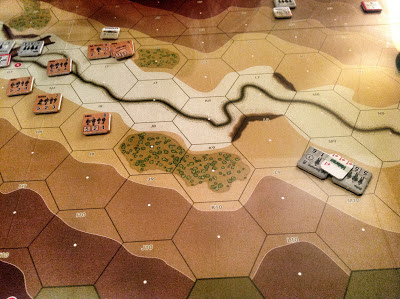 Dave Smith commented on Daniel Red Cloud Brown's blog post Back, after a LONG WHILE.
"Good to see you back. It's been quiet in this corner of CSW, which is a shame. Was the Arnhem…"
15 hours ago

Back, after a LONG WHILE.

So, yeah it's been WAY too long since I posted on here. I've been busy and slowly but surely,…See More
20 hours ago
1 Comment

With and without added wire.
yesterday
0 Comments