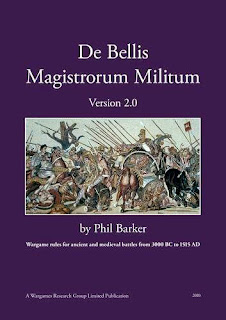 Played a game of DBMM (first since August !!) at Stephens today.
He wanted practice for the Munster Open (Cork competition that I very very sadly cannot attend this year !!!!) at end of month.
I brought my Polybian Romans (which I intended to use at Cork) with intention to play a more defensive game than usual to give him practice against this sort of play.
He decided to use Selecuids (although he has not yet decided which of his multiple armies to field - note to opponents he is looking at at least 5 possibles !!).
I managed to setup between two hills which pretty much sat with defensive posture.
I placed two Legions beside each other between the hills and my Cavalry in rear as second line (which worked quite well)
This does however yield initiative to other side.
Game was essentially decided though by charge of the Greek Companions (KnF in wedge which never count overlapped) and the massed Phalanx (very tough to disrupt) which quickly broke my right flank command.
My mounted arm done stirling work holding the line but losses mounted to break the army.
I did have two decent chances to kill a KnX Selecuid General  but of course failed miserably although overall my dice rolls were not too bad.
A fairly quick but fun game and hopefully some food for thought for Stephen and possible army choice. 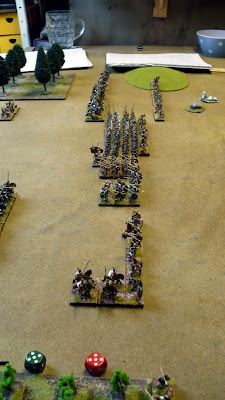 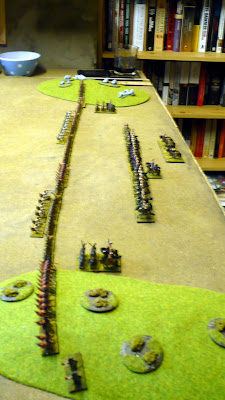 The Phalanx with Companions in support 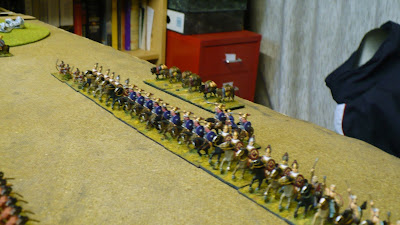 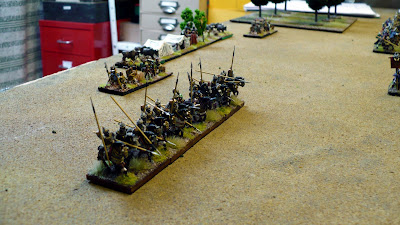 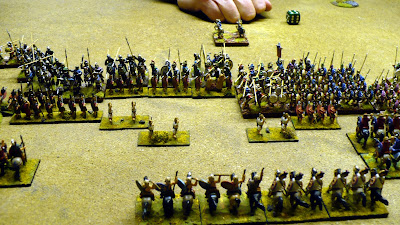 Companions have broken through 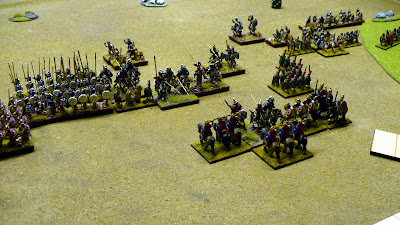 Auxilia types stare each other down 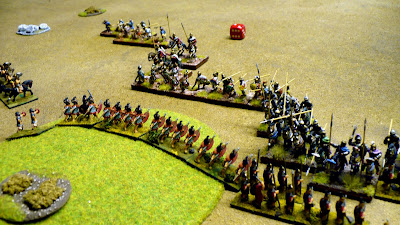 Not so on the other flank 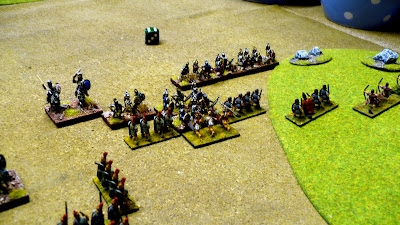