Game using FOGR today at Stephens as he wanted to use his freshly painted Danish army.  The army is from circa 1670+ so I have nothing properly contemporary but fielded a Late German Thirty Years War army from around 1640-48.
Great game as always with my army forced to try to get to grips with Danes tout suite as they have superior shooting.
I lost an awful lot (by which I mean about 10 bases !!) to shooting when only a 1 would cause a loss, this included 5 losses in one turn !!
When I did get into melee  things were a bit better especially as my Cuirassier outclass the Danish horse units.
Losses mounted on my side pretty quickly though and the army succumbed well before Danes in any real danger.
Good to get figures on the table again

Some pics of action 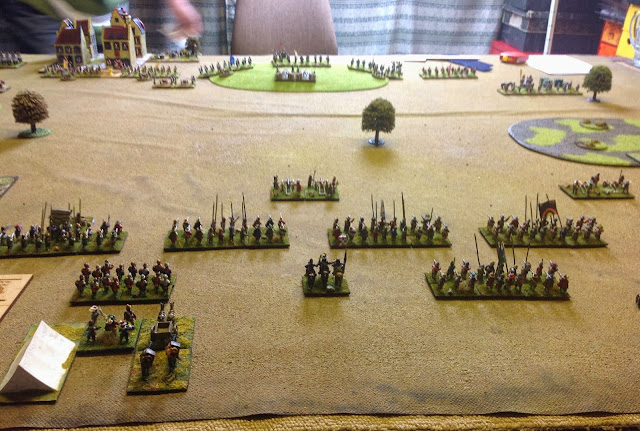 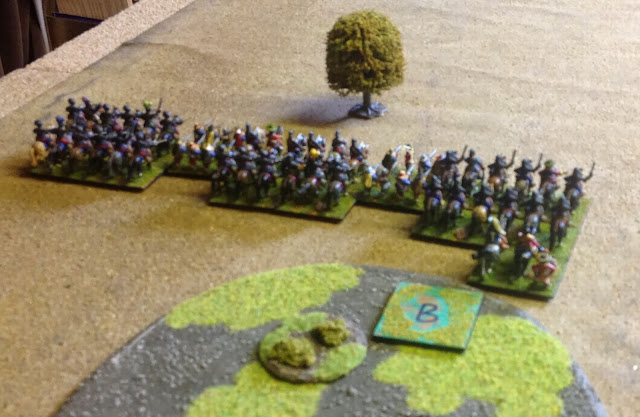 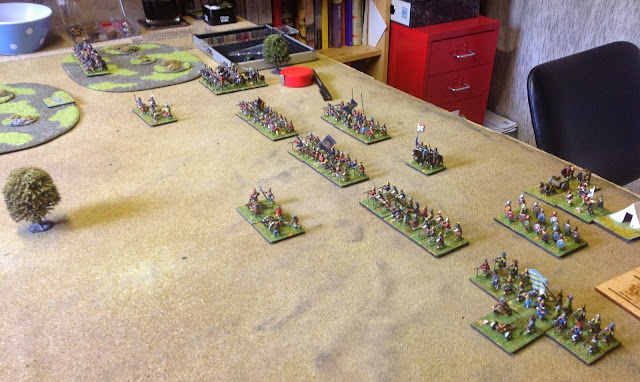 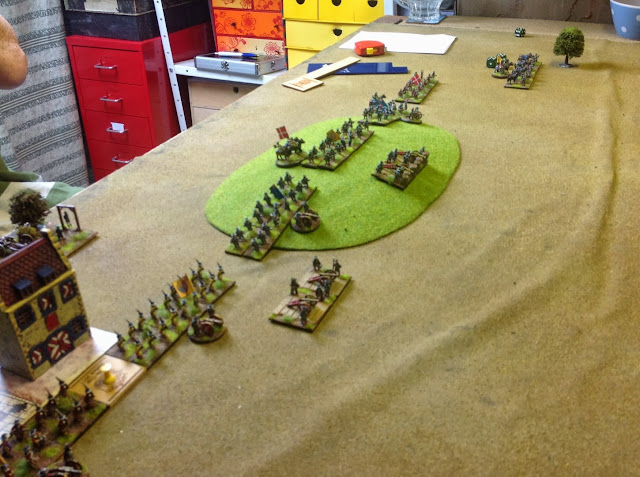 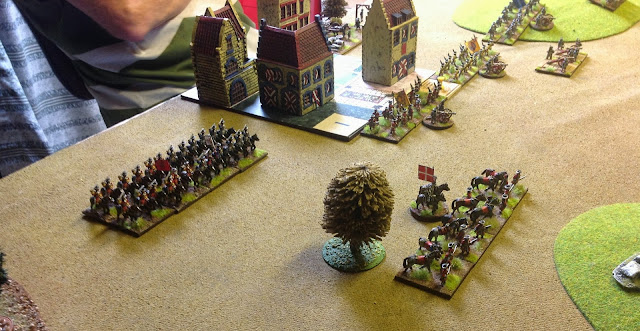 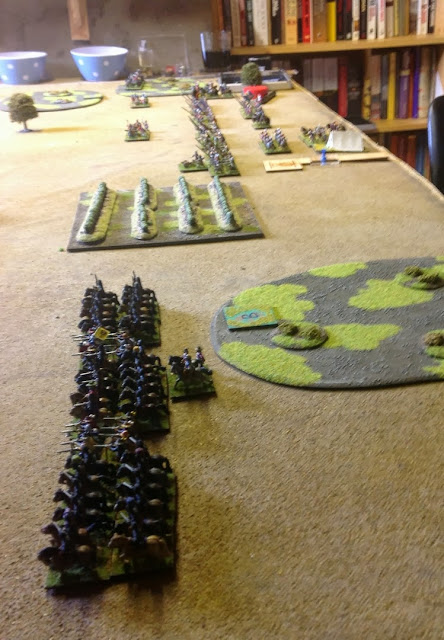 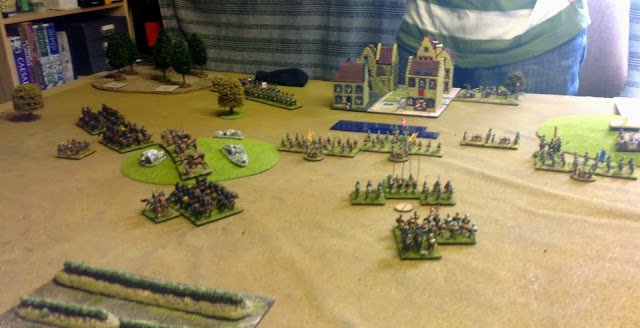 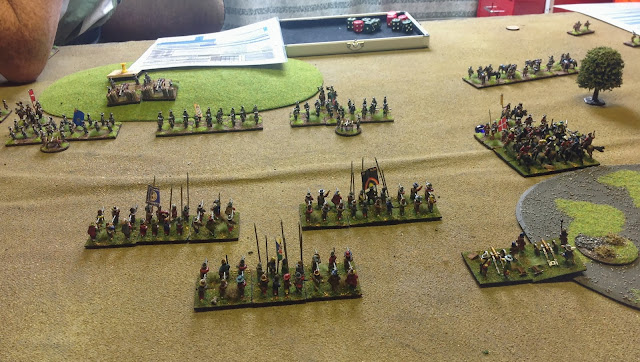