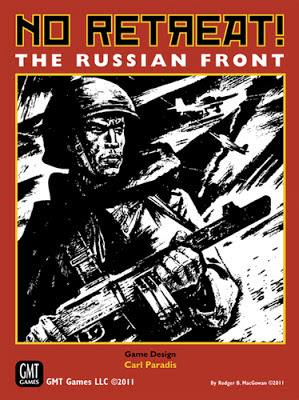 Obtained the solitaire variant for No Retreat in the excellent Ci3 magazine (Issue 26) and decided to give it a trial today.
Took a bit of getting used to but I found it a nice system especially the 'switcheroo' aspect wherein if the side you are controlling is close to a Sudden Death victory situation there is every likelihood that the Solo cards will force you to change the side you control !!
The mandatory orders for the 'AI' side are fairly reasonable with couple of choices although if you really hate yourself you can cheat a bit. The Stalin chit and the Stavka/OKH orders can be used in a 2 player game and are very like similar rules in Barbarossa To Berlin.
Very enjoyable with a game I like but have neglected of late.
Nice variant to use rather than usual solo player 'split personality syndrome' style. 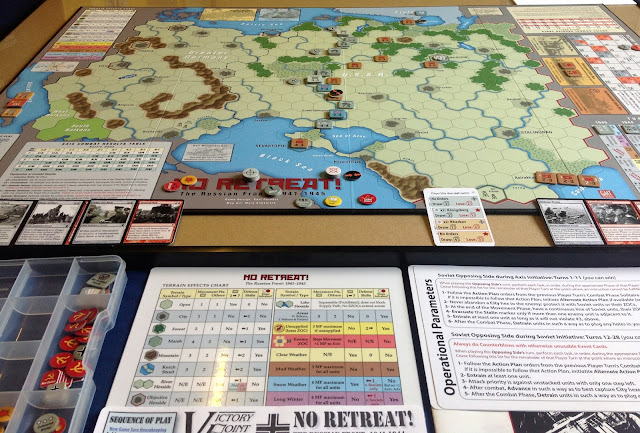 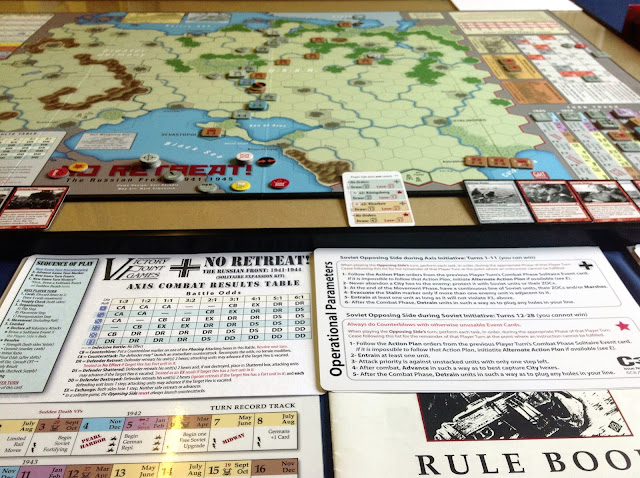 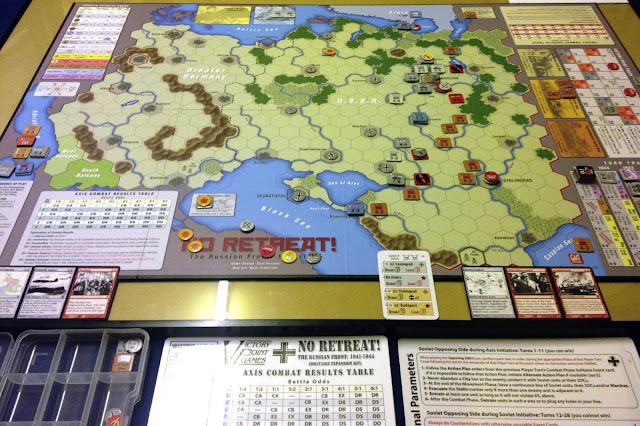 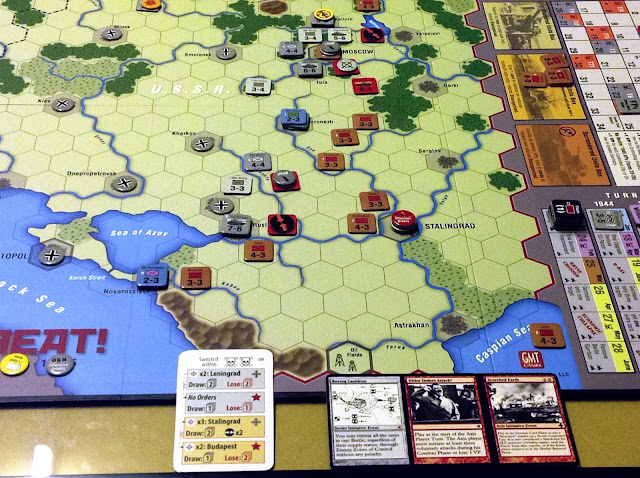 Comment by usrlocal on July 7, 2013 at 8:15am
Looks interesting. I didn't know that there was an official solo variant for No Retreat. I'll have to hunt down a copy of issue #26.