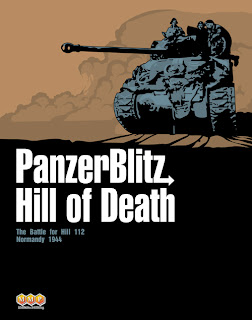 Played a game with my Father of this game which I have had for a bit but not actually played (one of a growing number !!).
Used the Carentan supplement (that I was very generously gifted by a chap from 'Oz'tralia).
Turned out to be a really good scenario and a rather good game system (similar to White Star Rising but with more depth and historical rather than generic scenarios) despite rather negative reviews it garnered.
We liked the chit pill system for Operations and the varied ranges of same.
Movement and shooting systems all fine.
The LOS rules took a bit of reading but fairly easy to work things out anyhow.
Only rules we had any real difficulty with was AA fire (were not sure what values to use but sorted in latest V2 edition of rules).
As per old PanzerBlitz Infantry are slow (1-2 hexes per turn) but most vehicles are not very fast compared to old game.
Infantry generally only fire 1-2 hexes as well so main use is in Close Assaults (which with hexes being 250m or so is of course accurate).
This scenario had lots of kit with PzGrenadiers, Airborne, MGs. Mortars, Stugs, M10s, Off-board Artillery and Jabos all of which gave is good grounding in various unit types.
Several new rules (some of which were options in PzBlitz/Leader) such as PzBlitz Assault (Tank Desanti type), Reaction Fire (last gasp stuff vs CAT and Overrun attacks), Opportunity Fire, and suchlike.
Anti-personnel shooting is old odds ratio type but anti-tank is now a combat differential.
Biggest drawback to game (just as in WSR and indeed most tactical board wargames) is the counter clutter with lots of Disrupted, Spent, No Move markers on units.
These are smaller than the combat units in this game which can make things a bit fiddly but other than that the combat counters are little works of art with good functional layout, gone are the silhouettes of original game all now full colour graphics.
Overall we liked the game and keen to try some of the historical Hill 112 scenarios of the main game.

Overall view of the Carentan map 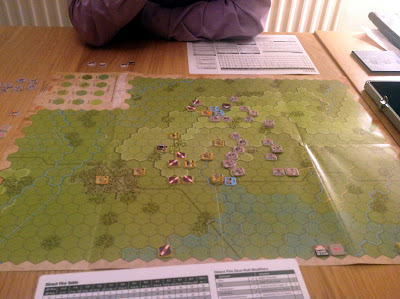 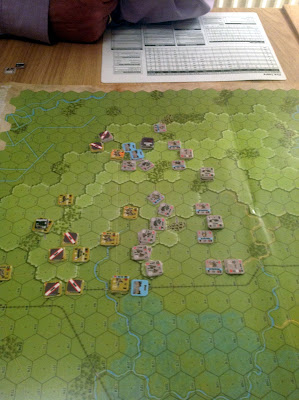 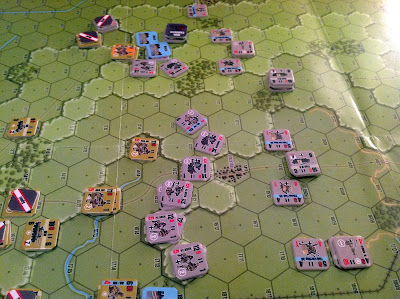 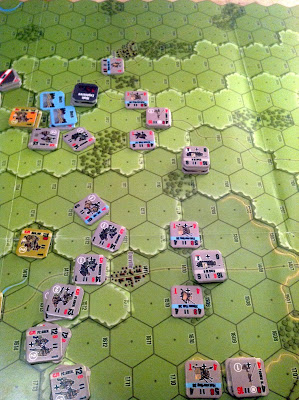 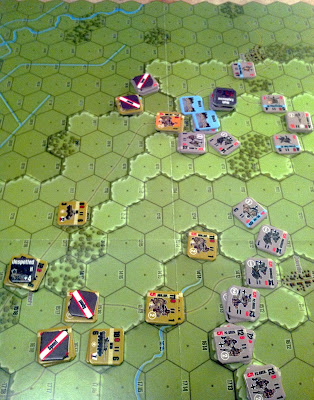 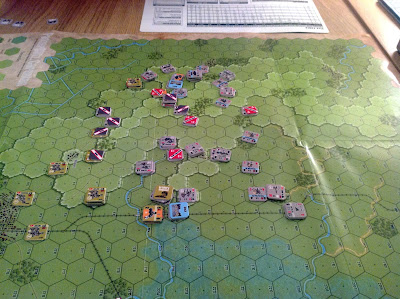 The game was a good deal better (not perfect of course) than reviews led me to expect and I really like the counters. Map maybe a tad bland but perfectly functional. I like the historical background/set up

Thanks for posting this on CSW Social.  Very nice AAR :-)

David left a comment for Jamey Cribbs
"I will look forward to meeting to play some wargames once we get past the pandemic. We met some…"
Jan 19

David left a comment for Shawn King
"I noticed you played Enemy Coast Ahead. Which of the games have you played - Doolitte Raid or…"
Jan 19

We are now open for early access for our all-new CSW Community.We invite you to join today for…See More
Jan 19
0 Comments