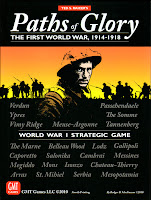 Just started a Vassal game pbem with a chap called Mike from USA (via AHIKS club) of Paths Of Glory board wargame.
Only on first turn and we are both trying to get to grips with the games rules, card play and the Vassal module.
But already this looks an interesting game with nasty Germans pushing forward on Western Front in August 1914.

German breaking through and about to attack BEF 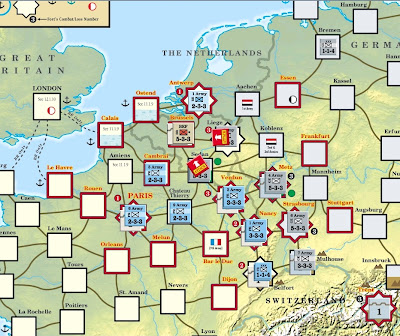 Comment by Gary Barr on November 4, 2012 at 7:13pm
Yes although it's really Belgium/Flanders not specifically the city. Appears to be just a convieniant name for region depicted

Does the BEF start in Brussels?