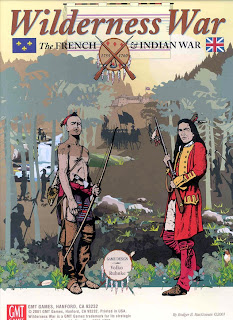 Am hoping to start new Vassal game with Norman soon with this game Wilderness War.
So I set up the game to run through the extensive Example of Play from the playbook to try to get the gist of the rules into the cavity between my ears.
Fairly standard CDG style rules with cards play and usual options how to use cards (for Actions, Construction or Events).
The subject matter garners a few quirks such as Raids on settlements and different uses/abilities for Regular Drilled troops (square units) or Irregulars/Indians (round counters) but nothing unsurprising or overly complex.
Fort and Stockades make an appearance and River connections quite important as they increase move ranges.
Looking forward to getting game going via Vassal on which it should work well as only a couple of Interrupt type cards in deck. 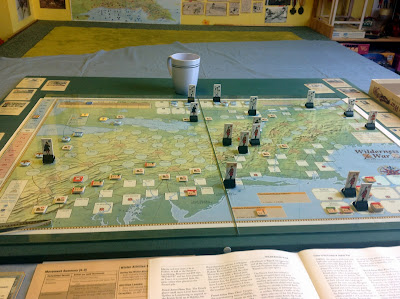 Original QRS (left) and fancy new on from BGG 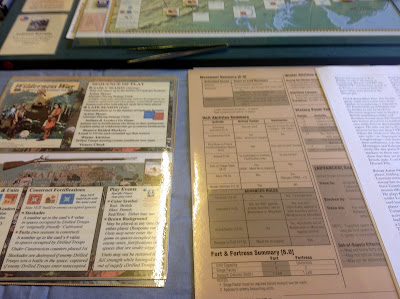 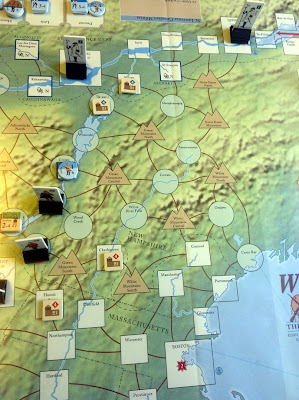 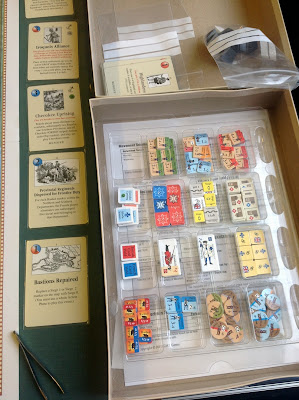 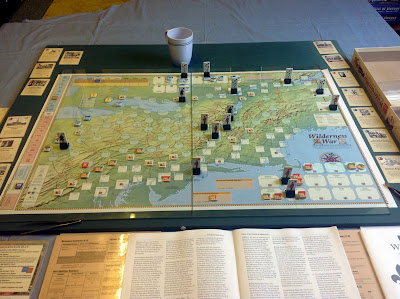