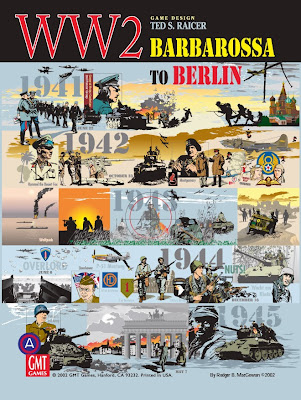 As a change of pace from Combat Commander my Dad and I had another go at WWII Barabarossa to Berlin from GMT games.
And another cracking nights entertainment it was.
Dad as Axis (as ever) went with 'standard' Barbarossa opening but failed to make any great headway towards Moscow due to some very good Allied dice rolling (I seemed to get nothing but 5 or 6 to his 1 or 2).
This despite his surrounding and eliminating a large pocket of Soviets in South.
I got Replacements and Reinforcements pretty much as required and things soon stagnated on the Ost front with both sides entrenching.
A lack of Taifun and Nordlicht cards also stymied the Axis advance.
This lead to a ding dong struggle for North Africa with Panzer Afrika striking as far as Alexandria (and being reconstituted three seperate times !) but being caught by Torch landings in mid 1942.
Whilst Axis got the Totaller Krieg card as Total War started they had just fallen below the 11VP required to use it.
The arrival of Soviet Tank Fronts allowed pressure to be mounted on German lines especially in North with Koingsberg under threat.
Both sides lost lots of troops here.
The killer blow came after North Africa was rid of Axis troops with Us and Brits launching Husky and the play of Casablanca (giving Neutral VPs to Allies) which left Axis with a mere 2 VP which they soon lost as Allies romped through Italy almost unoppossed to achieve victory in early 1944.
A great game with lots of hard decisions as to how to play cards and acheive best use of their options.
Some events are very enticing but usually are one offs (ie removes card from play) and they generally have good OPs and RP values.
I was lucky to get Bomber Command twice in a row with no Axis Fighter counter to reduce Axis hand size twice whilst he only managed one use of Wolfpacks.
Very enjoyable once more.
Just wish my Vassal Pbem game was going as well.............................

Modest gains for Third Reich in the East 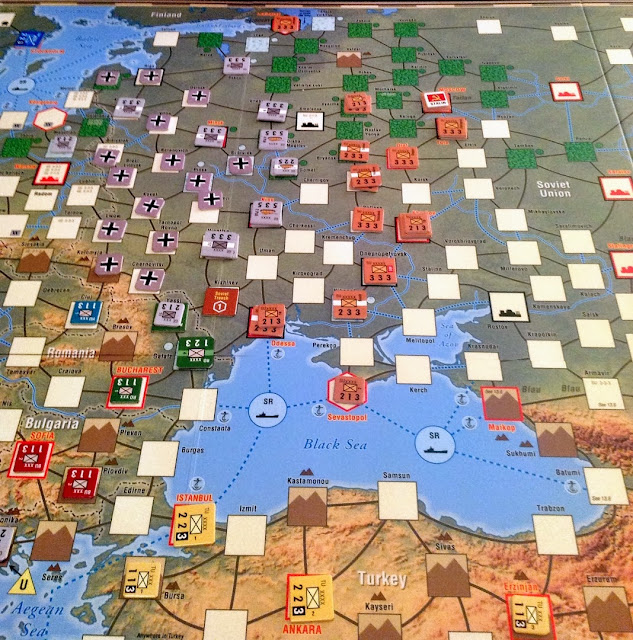 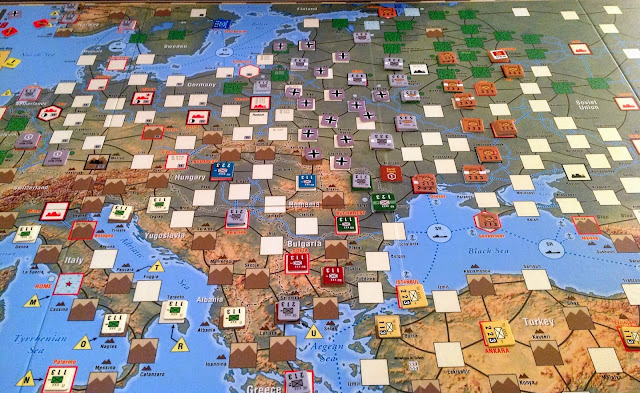 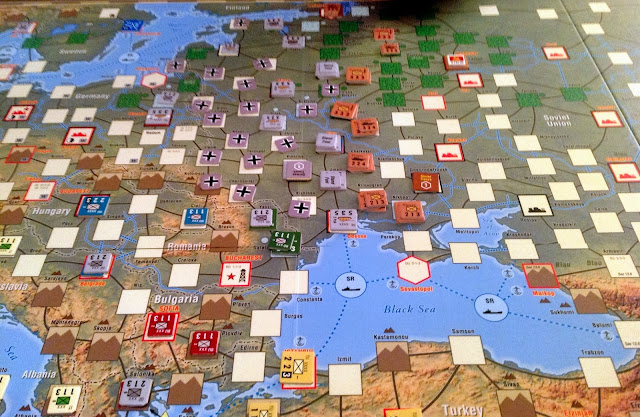 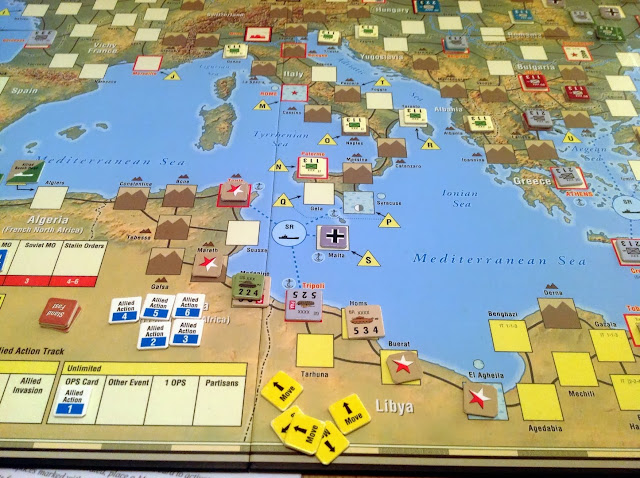 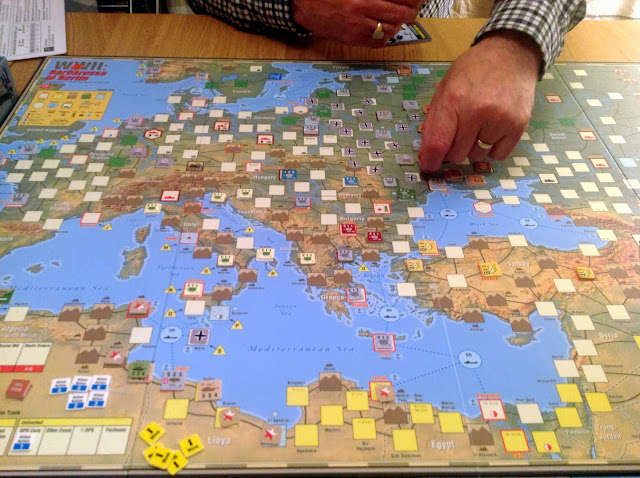