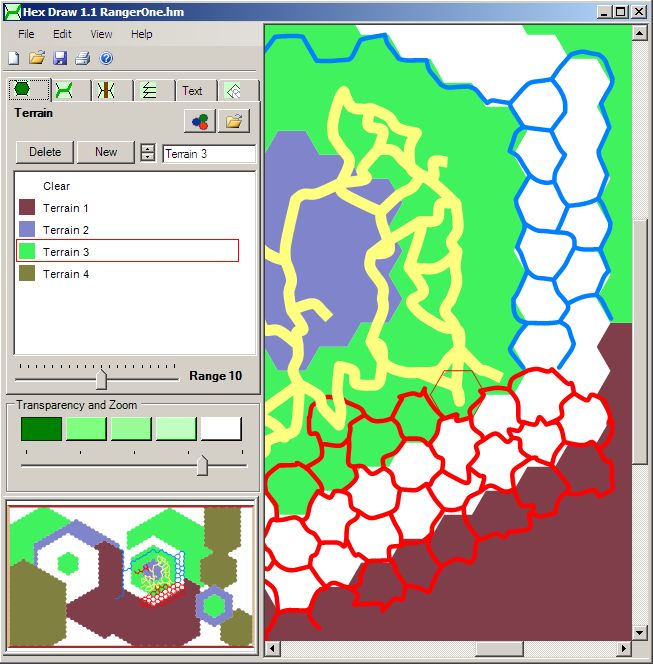 This is the first Screenshot of HexDraw 1.1
I moved the Random Rotation Buttons into the Overlays Tab
All Tabs now have their own Controls at the lower end of their list.
So you can switch Random Rotation for Overlays, Text, Background seperatly.
Additional there is a Track bar for the Random Factor in percentage of a Hexside for
Roads and Hexsides. The blue hexside was drawn with 10% the red with 90%
The terrain tab got a Range Trackbar , the efects are shown in the minimap above.
So one could do edit the Terrain in up to 20 Hex range.
For this I implemented my old 'Ring' Class in about a half an hour. It is very powerful.
It is able to eat a userdefined Movementable including Movementclasses and to drop out
all Hexes a Unit can reach. But maybe that is another project...