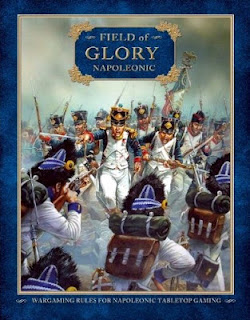 Played a game of FOGN today at Stephens (who achieved a very good 4th place at last weekends Munster Dbmm competition).
I used 1814 Prussians and Stephen their French equivalents. I had only 3 Mixed 'Brigades' each with 2 Line Infantry, 1 Landwehr Infantry and 1 Landwehr Cavalry units.
1 Dragoon, 1 Hussar and 2 Medium Artillery units rounded out these formations along with several 'attachments' of Cavalry, Artillery and Skirmishers.
French had 3 Infantry Divisions and a Cavalry Division. Lots of Conscripts on both sides with my Landwehr and several 'Marie Louise' Infantry units for the French and one Light Infantry unit.
Stephen used 3 Artillery units and only a couple of Skirmisher attachments. As attacker he gained one Cavalry unit which went with his Cavalry division.
He had a Skilled Corps Commander and Competent Divisional leaders mine we all Competent chaps. Terrain generation saw 3 town sections (2 of which were joined to form a larger built up area) several hills, some rough areas and a wood.
French were able to occupy the large town early (tough to push units out of towns in FOGN) and he sent his Cavalry Division on an out flank on my left (which thankfully I had guarded against).
As always my default is that attack is best form of defence so I launched 2 of my Brigades forward whilst the other guarded my left anchored on a hill.
Part of reason was to get to grips across the board with variety of unit type and qualities as we both are still learning the rules.
Several charges and moves a bit questionable but it did mean we learnt loads today.
In FOGN Disorder and Wavering are difficult to recover from with Average and especially Conscript troops especially as we realised that a Commander can only attempt to recover one unit per Recovery Phase.
Shooting and Combat (ie Melee) flowed quite easily and we have got the Movement abilities of units fairly well under our belts and the Command System.
Still learning uses of the various attachments.
Again we really enjoyed this rule set despite our newness to it, with it not being so much complex due to systems but more due to the various options open to units (ie quite a lot to remember).
Rather than the Warfare show this year we are considering attending the Derby Show in October and playing in either the FOG Renaissance or FOG Napoleonic competitions for a change (big attraction of Derby is we could drive down from Cairnryan in Scotland with figures etc) but if we are to play either we will need a lot more practice with respective sets.
Bit of a toss up which we go for if we plumb for Derby. 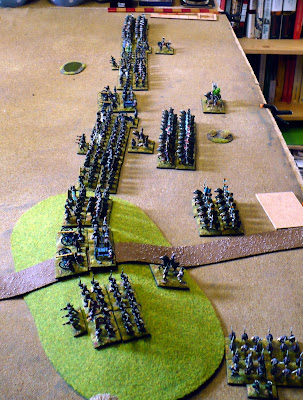 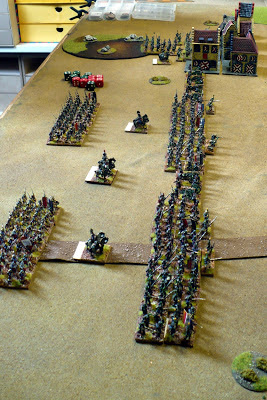 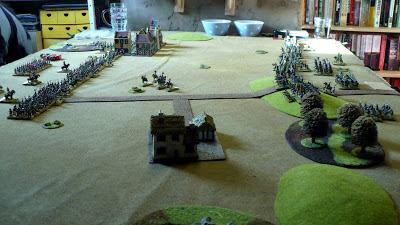 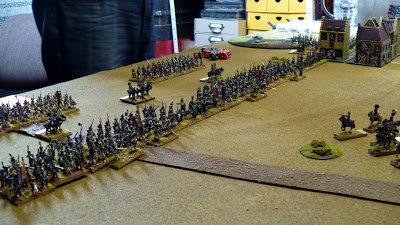 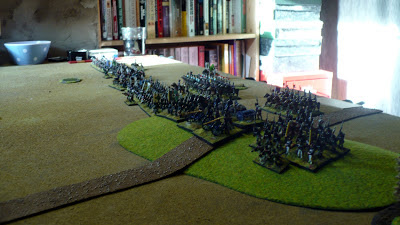 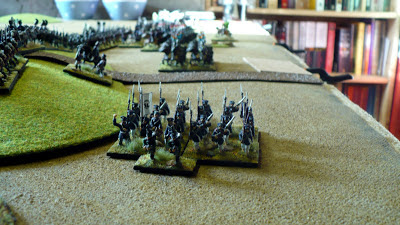 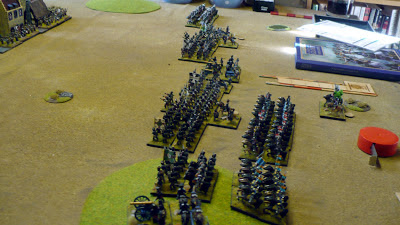 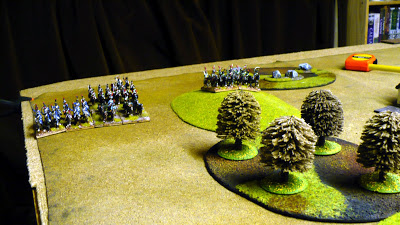 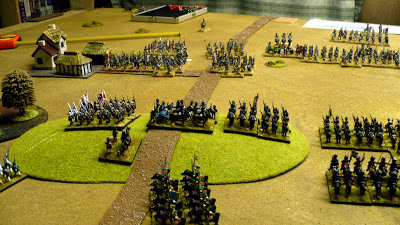 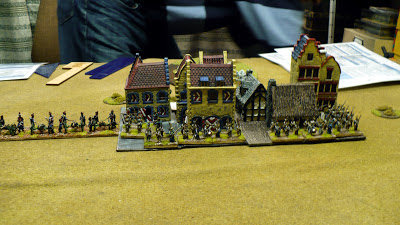 Prussians advance towards the citadel 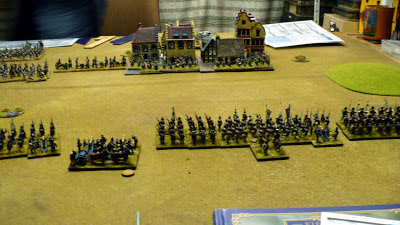 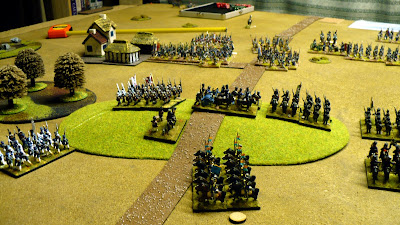 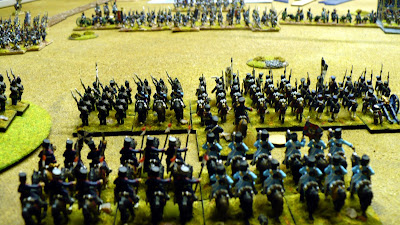 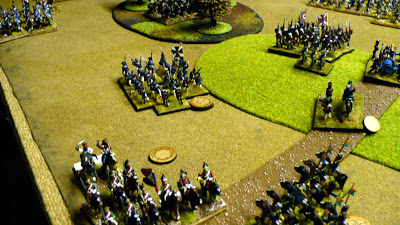 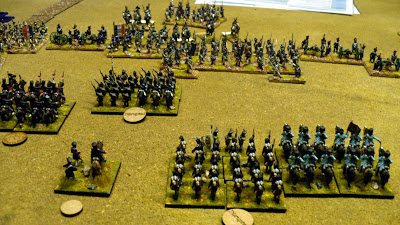 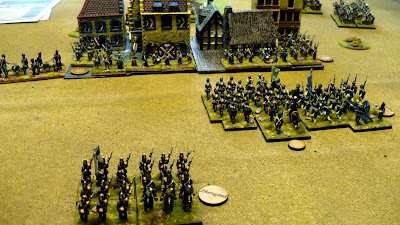 Comment by Gary Barr on February 3, 2013 at 6:26pm
They take a good bit of reading as so many options/exceptions but once you see how they are in practice it runs fairly smoothly. Whilst sharing some common concepts with the FOG Ancients and Rennaisance sets they are different in so much that it took us a while to sort of forget the others and concentrate on FogN.

Great looking figures and buildings!  Thanks for posting.  I have a copy of the rules too, but have yet to play them.