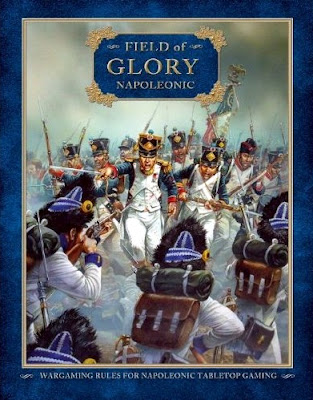 Napoleonic game today at mine with Stephen.
We himmed and haad over what to play and what rules to try eventually going with FOGN. My Prussians version 1814 were pitted against their French counterparts.
Both sides had 3 Divisions.
I had 9 Infantry units 5 Cavalry and 2 Medium Gun Batteries with several attachments of Rifle Skirmishers, Cavalry and Howitzers with a mix of Line and Landwehr.
French had 2 Cavalry and I think 10 Infantry units (a mix of Conscripts, Line and Vets) with 3 Artillery Batteries one of which was large lead by its own Officer (ie a Brigadier and very useful)
Terrain turned out quite plentiful and indeed plausible for France.
A really good game with plenty of action.
I had one glorious charge with a Hussar unit running over a wavering (due to Cohesion tests after couple bombards from two medium batteries) French unit which tried to form square on hill. Its destruction caused mayhem (ie failed cohesion tests) in surrounding units.
However we both learnt today that Cavalry are largely 'one shot' weapons as they end up permanently spent after melee.
As per last game of FOGN we both felt they work well at the scale they represent (nominally 'Regimental' but really Brigade/Demi-Brigade) with a nice feeling of handling a multi-divisional Corps.
Enjoyable stuff despite the rulebook being a chore to find relevant rules readily (the index is next to useless) 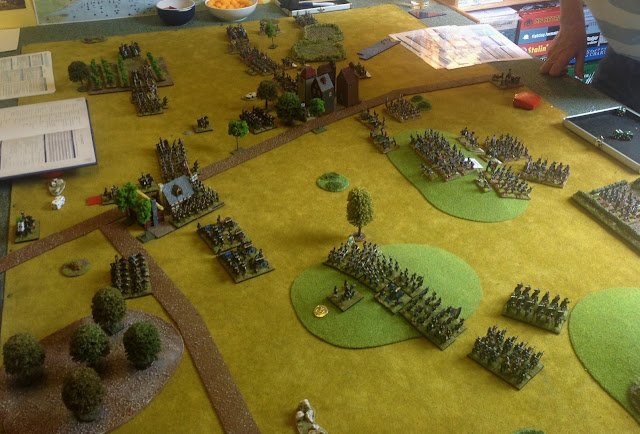 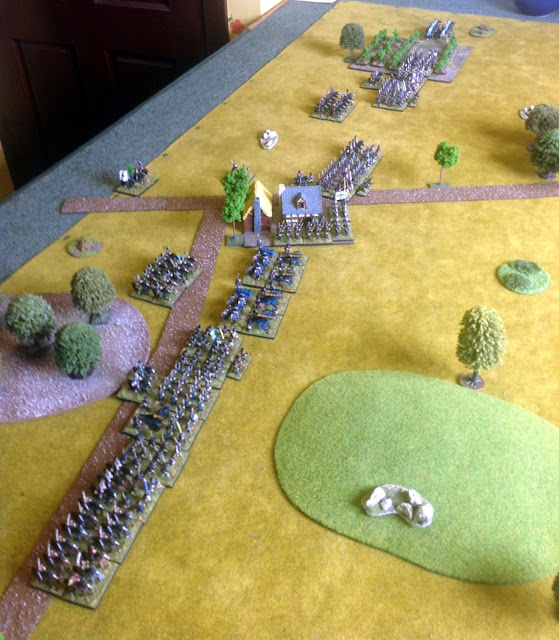 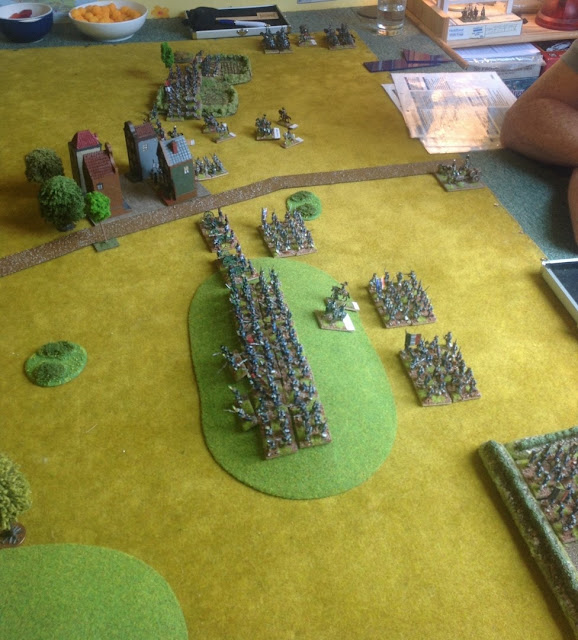 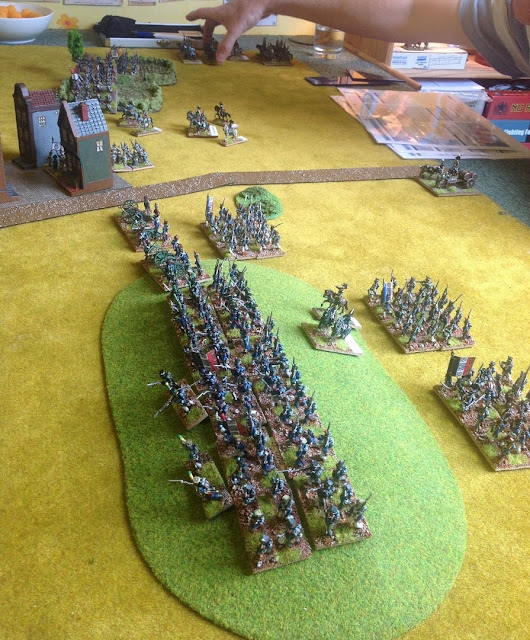 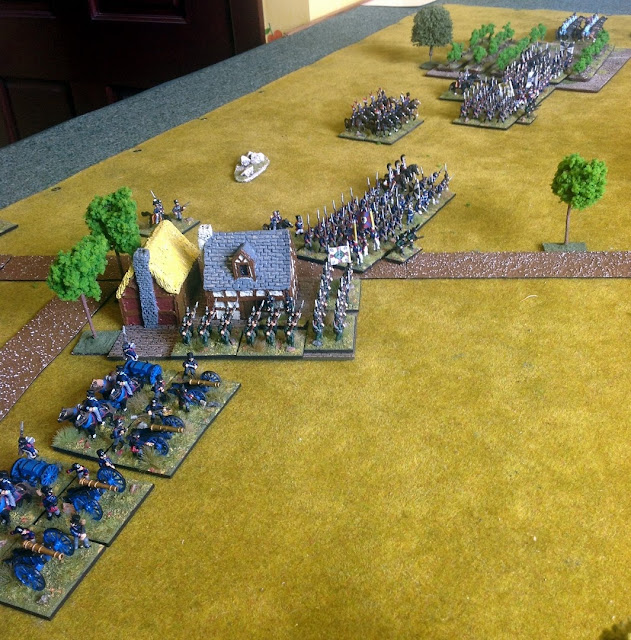 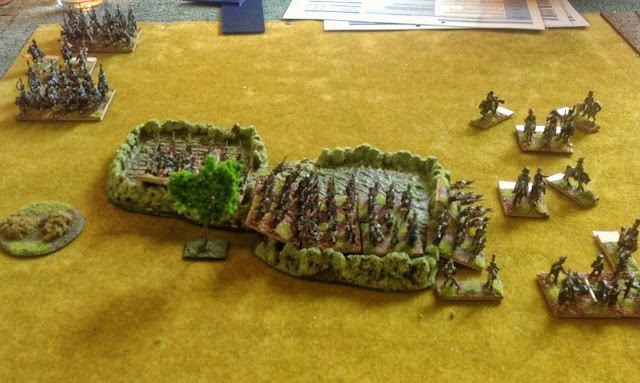 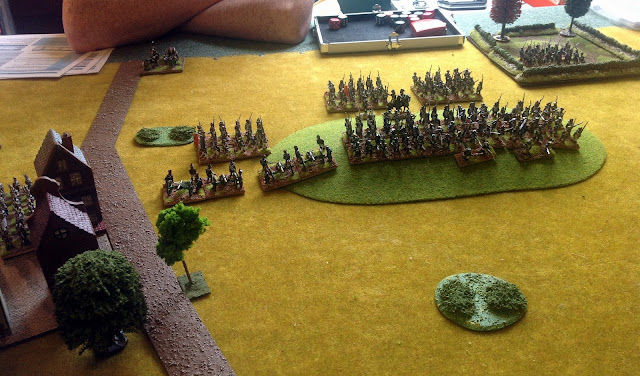 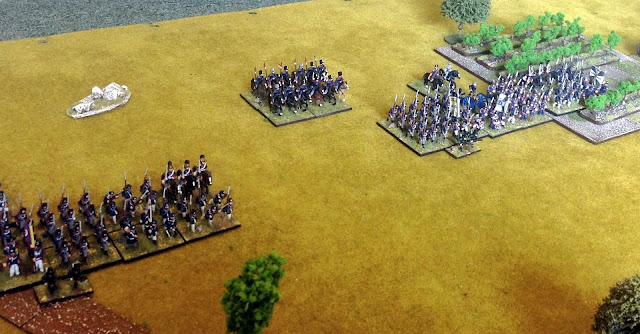 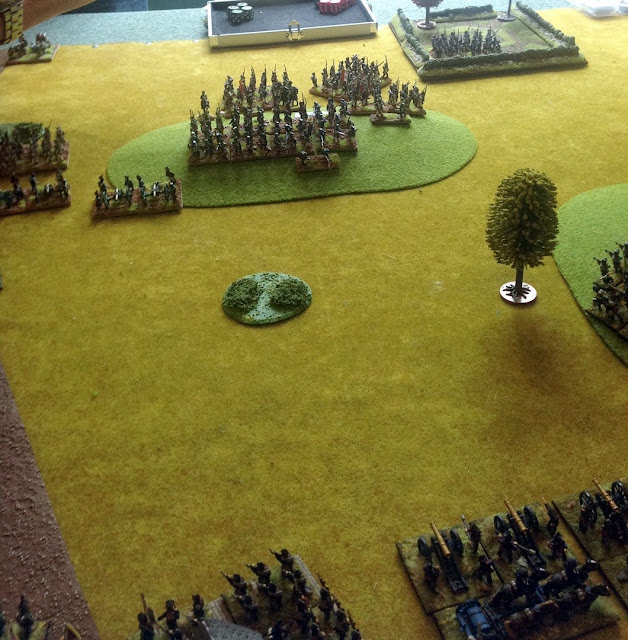 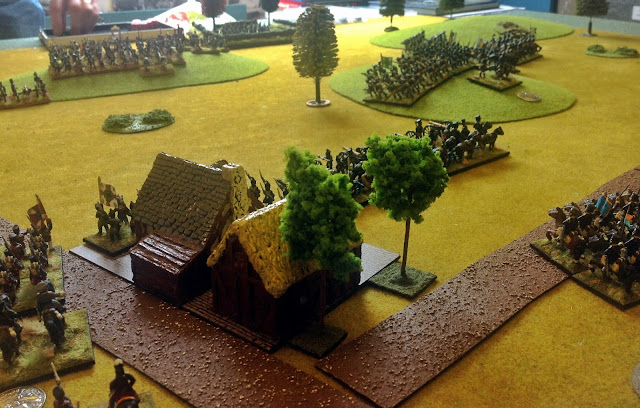 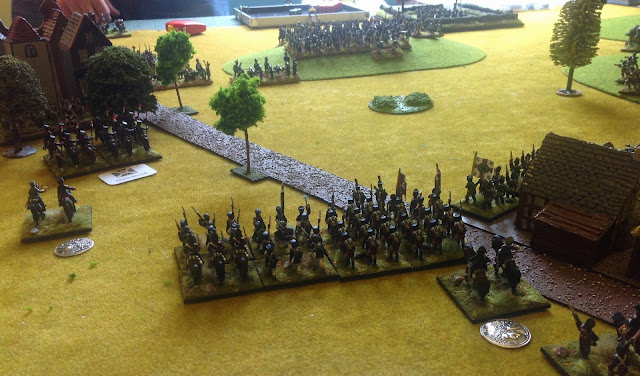 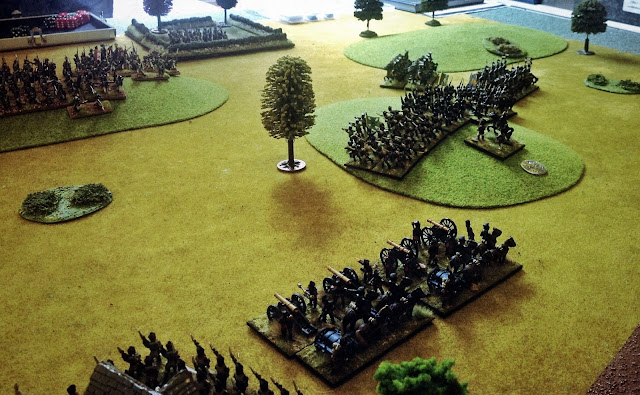 Ha ha - that's exactly what we did too.

The core system of BP is attractive but we find it too much work to amend when their are plenty of other period specific rules out there. Our number one house rule from get go was to put fire phase before movement as having units watching whilst enemy advanced up to three moves and then shoot first was tres annoying t o say least !!

Still looking for that perfect set of rules :-)

We've been playing quite a bit of black powder recently. Mostly awi. Had to heavily house rule it, but the authors expect and encourage that. I like the way it allows grand sweeping moves, like hill at salamanca, or kellerman at quatre bras, or soult at austerlitz.

Have not played much Blackpowder but certainly a good deal faster but lacking much Napoleonic flavour without a lot of house rules Although the new supplements may address this (I dont have them). FOGN much harder to read and more complex but more satisfying game we have found thus far. Both different 'scales' as such with FOGN units being demi-brigades whilst in BP are Battalions (at which scale I prefer Lasalle or Piquet)

Excellent pics - how does FoG compare to Black Powder?